This past Saturday I indulged one of my other passions and carved out some time to go see the WWII Heritage Days exhibition sponsored by the Dixie Wing chapter of the Commemorative Air Force at Falcon Field in Peachtree City, Georgia. I’ve been fascinated by World War II  history for as long as I can remember, and that interest grows each year, along with my deep appreciation for the sacrifices made by the men and women who gave everything to help secure the Allied victory.

As my good friend Bill (an old artilleryman and Army pilot) and I were passing through the CAF hangar, looking at the various displays, something familiar caught my eye. It was a table-top display highlighting the 907th Glider Field Artillery Battalion (907th GFAB). The 907th was one of two glider artillery battalions assigned to the 101st Airborne Division in preparation for the D-Day invasion of France. 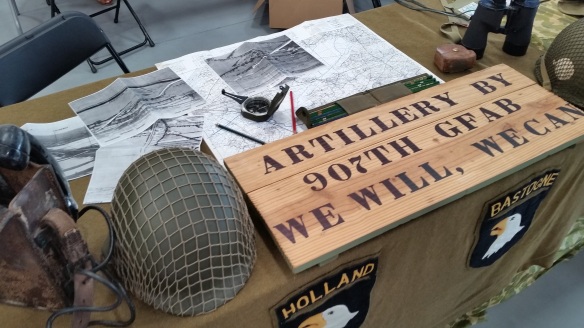 The thought of bringing heavy field artillery guns into a battlefield aboard flimsy gliders is amazing to contemplate. But then you have to add in the Jeeps needed to tow the artillery pieces around, all the ammunition needed to keep the guns firing, all the communications equipment needed to make sure the artillery batteries can respond to calls for fire, all the Soldiers needed to man the guns and you begin to understand what an undertaking it was to stuff an entire field artillery battalion into gliders, tow then to a landing zone deep in enemy territory, have them land, unload and be ready to provide fire support within minutes of arrival.

The truth is, the 907th GFAB didn’t ride gliders into the European mainland. They arrived on Utah Beach aboard the transport ship Susan B. Anthony on June 9th, three days after D-Day. But once ashore they raced forward, connecting with elements of the 101st Airborne Division and providing artillery fire support until July 1944.

The 907th did get a chance to ride into battle via glider in September 1944 during Operation Market Garden, the ill fated invasion of Holland dreamed up by British Field Marshal Bernard Montgomery. Bad weather at the landing zones resulted in most of the battalion’s gliders being scattered across France, Belgium or Holland, or returning to England. But those that did land in Holland quickly consolidated and provided supporting fires for the 501st Parachute Infantry Regiment of the 101st. In December 1944 the 907th found itself in combat again, this time during the Battle of the Bulge and once again providing supporting fires for the 501st. In November 1945 the battalion was inactivated, reactivated briefly in the Army Reserves from 1948 – 1950 and has remained inactive ever since.

Obviously what drew my attention in the display is the pocket transit. More accurately, the M2 Compass, a modified version of the standard Brunton pocket transit with the azimuth ring divided into 6400 MILS. This is a design first developed during WWI to provide artillery spotters and plotters with an azimuth circle that is more discreetly divided than the standard 360° azimuth ring. 360 may sound like a lot of numbers, but when you are shooting artillery shells hundreds of yards and trying to hit targets in small areas you want a more discreet breakout of the circle to ensure your firing is accurate and precise. By using MILS instead of degrees the artillery spotters and fire direction centers can more accurately plot artillery fire, particularly over long distances. It is a system still in use today and the M2 compass is still issued by the US military. 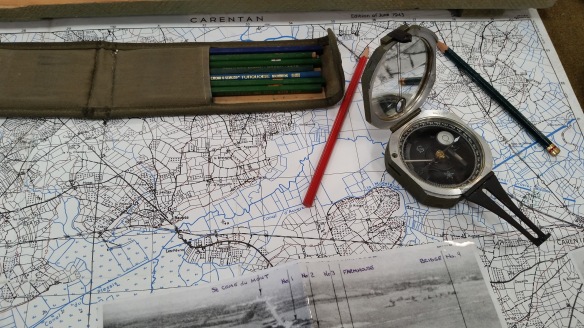 The artillery plotting tools used by the 907th would have been very basic. Maps, plotting templates and M2 compasses would likely have been all they needed. The standard artillery piece the 907th used – the 105mm M3 howitzer – had a relatively short range and I’m sure most fire adjustment was done via radio or field telephone from forward observers or firing on pre-registered targets like road intersections. 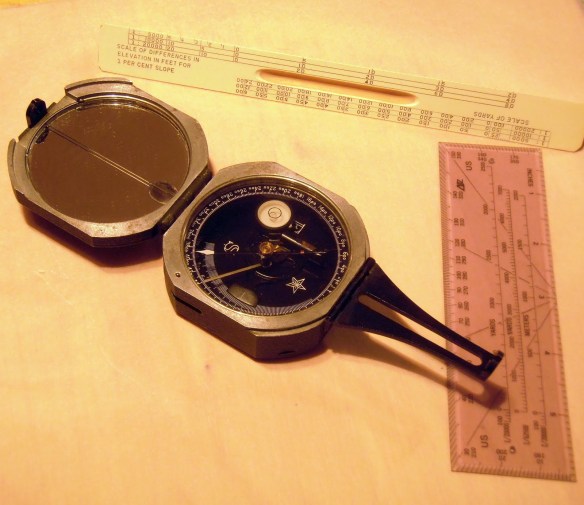 An M2 Compass from my own collection showing the azimuth ring divided into MILS. One MIL = 1/6400 of a circle

In fact, even the standard US military lensatic compass has a compass card that is laid out in MILS on the outer edge (in black) and degrees on the inside (in red). This layout gives every Soldier the ability to accurately call for artillery fire using the commonly issued lensatic compass. 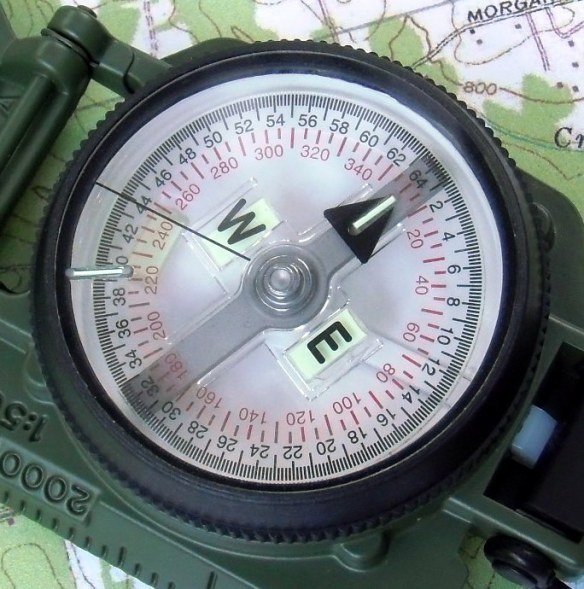 On today’s battlefields artillery fire is precisely controlled using GPS and sophisticated computers that take in to account variables like wind, barometric pressure and even the Earth’s rotation. But in 1944 is was just maps, compasses, plotting templates and experienced artillerymen with well honed skills. 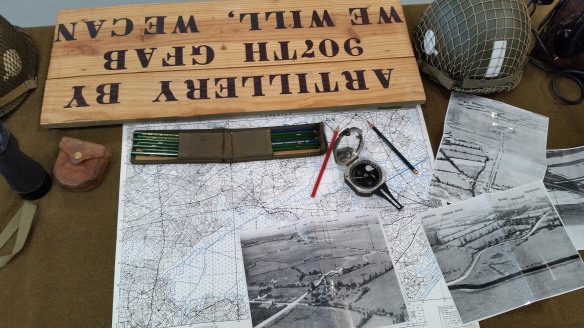 So remember…  aim precisely and shoot straight – use MILS!

3 thoughts on “Measuring in MILS”