Word just came out that yesterday the Russians accidentally set eight of their GLONASS (the Russian equivalent of GPS) satellite statuses to ‘unhealthy’ for about half an hour. Setting a satellite status to ‘unhealthy’ means the satellite is programmed to tell receivers to ignore the navigation signals it is broadcasting because there’s something wrong with the satellite and the signals can’t be trusted. Eight satellites constitutes over half of the GLONASS operational constellation. When this many satellites are set to ‘unhealthy’ it means that most advanced GNSS receivers will simply ignore the entire system and not even try to use their signals to calculate a position. 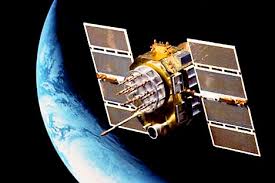 This is not good news for the Russians, or for GLONASS users world-wide. (Got a smartphone? Then you are a GLONASS user whether you realize it or not). For years the GLONASS program has been plagued by corruption, poor management, poor planning, lack of funding and launch failures. The GLONASS program’s biggest problem has been money, or a lack of it. Global satellite navigation systems are frightfully expensive and require long-term capitalization and national committment. Only the United States with its NAVSTAR GPS system has been successful in establishing and maintaining a healthy world-wide space-based satellite navigation system for over 20 years. In Russia’s defense, at least they’ve been able to get a fully operational system up and running. The European Union has been stumbling around with their Galileo system for 15 years and so far about all they’ve been able to do is put a few test satellites in orbit.

As they say on TV, “but wait, there’s more!”  Back on April 1st the entire GLONASS system went wonky when bad ephemeris data was uploaded to the satellites. Ephemeris data is what allows each satellite to accurately locate itself while in orbit. Ephemeris data is updated regularly for all satellites in a system – it’s part of the routine system maintenance process. Well someone uploaded bad ephemeris data files to the entire GLONASS constellation and for 11 hours every satellite in the system was squawking bad navigation data. The Russians didn’t realize it until one of their commercial customers called to tell them their satellites were providing lousy location fixes.

Over the past six months or so I’ve been doing a lot of casual testing of the various mobile GIS platforms available on the market today.  Right now is an ideal time to discuss the offerings because just in the past week we’ve had an update to a key application in this arena (Collector for ArcGIS), we are on the verge of having an interesting new hardware player enter the market (Garmin’s soon to be released Monterra handheld GPS) and several vendors are dropping serious hints about where they see their products headed in 2014.

I was ramping up to do a lengthy blog post on this when I dropped by Alex Mahrou’s always interesting RockyMountainGeo GIS blog and was surprised to see he had already done all my work for me.  Back in October Alex did a great overview of the current offerings in a posting titled Enterprise Mobile GIS Software Functionality.  All I can do is add minor updates to some of his information and add a few of my own observations.
The single biggest update is the newest version of Collector for ArcGIS (version 10.2) that was released last week for the iOS and Android platforms.  This version addresses one of the two biggest complaints about earlier versions of Collector – polyline and polygon data collection.  It also offers an improved user interface and well thought out workflows.  While the Android version still has some rough edges, the iOS version is a polished, smoothly functioning app that reflects ESRI’s mature experience in developing for Apple’s mobile operating system.  It is a very good app.
Where ESRI seems to be unnecessarily holding back is off-line data collection and editing, and data synchronization.  As Alex notes, ESRI informally promised that this feature would ‘absolutely, positively’ be incorporated into Collector before the end of 2013.  It now looks like we’ll have to wait until sometime in early 2014, when ESRI plans for a significant overall upgrade to Collector, perhaps better positioning it within their enterprise software offerings.  In my opinion ESRI missed the ball on this one.  Incorporating off-line data storage and editing in the iOS and Android operating systems isn’t hard to do; Trimble had it available almost six months ago in their initial release of TerraFlex.  I understand there are other issues at play here – background map data caching and the incorporation of operational layers (both something Trimble’s offering lacks), but ESRI still could have incorporated basic off-line functionality in this new release and just built on it for the upcoming major release.
Trimble’s TerraFlex is an app I tested back in June and was initially very impressed.  Where most of ESRI’s mobile offerings (Collector, ArcGIS App, ArcGIS for Windows Mobile) require some expensive back-end infrastructure – ArcGIS Online, Portal or ArcGIS for Server – TerraFlex offers a far simpler mobile solution paradigm.  Everything is cloud based and single fee.  You pay your money and you get everything TerraFlex has to offer, and all for a relatively paltry price as compared to ESRI’s mobile solutions in the same marketplace.  Of course, this easier to use solution comes at a cost (pun intended) – what the initial release of TerraFlex didn’t offer was pretty extensive; no background map caching, no data editing either on the device or in the desktop interface, no operational layers, and some very limited data export options.  On the other hand, what TerraFlex does offer is pretty impressive given the price: off line data storage and sync, mature and stable apps not just on the iOS and Android platforms, but Trimble also had an app available for the Windows Embedded Handheld OS right out of the gate.  Trimble wasn’t about to leave out the thousands of Trimble customers running their Juno handhelds who are still stuck with a dying Windows OS.  Kudos to Trimble on this.
Trimble indicates many of these shortcomings will be addressed in 2014, and Trimble seems poised to leverage what they do best – allow TerraFlex to incorporate high precision GNSS positions (including RTK-based solutions) into the data collection stream.  This could turn TerraFlex from a mere mapping grade data collector into a serious high precision data collection tool.
In his blog post Alex discusses Fulcrum.  To be honest, this is an application I’ve known about but have not had a chance to test.  Looks like I’ll have to take it for a spin sometime soon.
So as 2013 draws to a close where are we at with mobile GIS solutions?  The best analogy I can think of is that of a ballplayer with a lot of potential who’s just been called up to the majors.  His batting stats are getting better with each game, but he still has problems connecting with the ball.  The potential is there, he just needs more time. So it is with mobile GIS apps.  Most are still somewhat of a ‘swing and a miss’, but they are getting close to smacking the ball out of the park.  Whether it’s off-line data collection with ESRI’s offerings or TerraFlex’s incorporation of cached maps, in-app editing or incorporation of high precision position feeds, 2014 is starting to look like the field will really mature and we’ll get closer to the full promise of mobile GIS.
It’ll be an interesting year!
Brian

OK, everybody get on  your beanie hat with the spinny propeller – it’s uber dork time.

As I continue work on my PowerPoint opus magnum on magnetic declination I’m becoming reacquainted with issues, concepts and developments I never paid much attention to in my years of work in the topographic field.

One of these developments is the US National Grid System. (Hey, I warned you this was going to be a dorky post.)

Huh? The US National Grid System?

While the US Geological Survey (USGS) has done an outstanding job of mapping the US at large scales (1:24,000 and 1:100,000) there has never been an ‘official’ map grid system selected for use on US topographic maps. For decades USGS maps have sported both Universal Transverse Mercator and Latitude/Longitude grid tics, in sort of a ‘we can’t make up our minds, so we’ll give you everything’ approach. Problem is that the UTM grid system, while accurate, is clumsy and somewhat difficult for the average hiker, Boy Scout or search and rescue team member to use. Soooo many numbers, and little numbers and big numbers, and some numbers that are repeated, and numbers going north have more digits than the numbers going east. Plus, you have to draw your own lines to connect the tic marks and create your own grid. It’s all so confusing.  And cumbersome.  And unnecessary.

Waaaaay back in the late 1940s the US Army got it figured out, and created the Military Grid Reference System (MGRS). MGRS was (and still is) a map grid system based on the UTM coordinate system, but it is greatly simplified so that a soldier can locate himself with an alphanumeric designator that uniquely describes his position anywhere in the world. The Army extended this standardized coordinate system around the globe (including the US) and over the years has produced hundreds of millions of maps using the MGRS coordinate system. Along the way the Army simplified and standardized map reading techniques using MGRS in conjunction with coordinate scales and compasses, published one of the premiere texts on map reading and land navigation (FM 21-26) and proceeded to teach millions of Soldiers, Marines and the occasional Sailor and Airman the finer points of map and compass work.

Unfortunately the USGS never followed the Army’s example. With only minor exceptions, USGS 1:24,000 scale topographic maps remained grid-less. Users were left to draw their own grids on their maps and figure out the maddening complexity of the UTM coordinate system.

Aaah, but the times, they are a-changing! Recognizing the growing need for a comprehensive national map grid system and spurred, I’m sure, by the post 9/11 drive for standardization and interoperability in national, regional and local disaster response efforts, the USGS has adopted a national map grid system. After much study, conferencing, research, investigation and consideration the USGS took the bold step of….  simply adopting the US Army’s Military Grid Reference System. Now, this is not a bad decision. In fact, it’s a great decision, but geezus guys, you could have done this like, oh, the middle of the last century!

The great news is that if you remember your old Army map reading instructions, the US National Grid System works exactly like the Military Grid Reference System – heck, it is the Military Grid Reference System*, just implemented at a different scale (1:24,000 vs. 1:50,000). All the old rules are the same – remember to include the Grid Zone Designation and the 100,000 meter Square ID. And don’t forget to read right and up!

The best way to learn to use the new US National Grid System is to download the Army’s classic field manual on map reading and land navigation, FM 21-26. This FM is approved for public release so feel free to download it and study it. While the mechanics of map location are the same between grid systems, just remember that the scales are different. You can also download and print a US National Grid practice map (shown above) and a 1:24,000 coordinate scale from the Federal Geographic Data Committee US National Grid website.